Event Coverage on the Tribute to the Gassers show, updates and plans, patent trolls, etc.  Check it out! 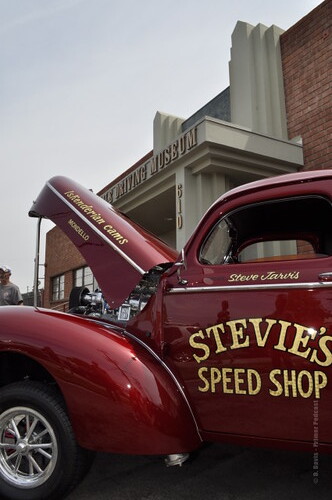 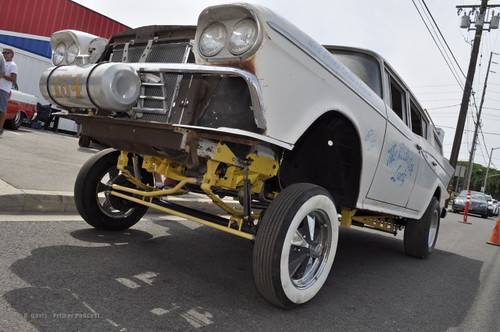 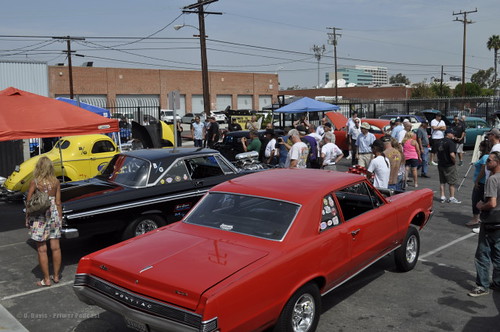 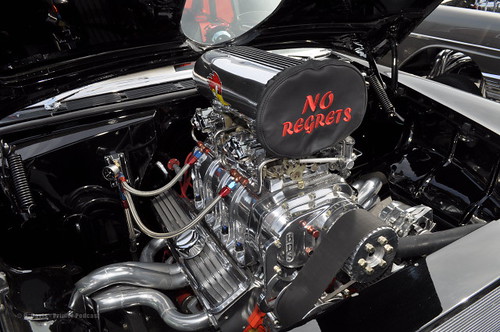 A car show just for Gassers!

The Automobile Driving Museum in El Segundo, California sponsored the “Tribute to Gassers” event which coincided with the month long exhibit dedicated to the gasser race car. Let’s begin with a brief history of the gasser. In the mid 1950’s, racers started modifying their family sedans and coupes with big performance add-ons. In most cases, the cars were cheap and “ugly”, but in abundance. Willys, Studebaker, Anglia and Thames became the normal platform for these modifications which almost always included a supercharger and an addition of a straight beam front axle. By 1956, the NHRA had created a separate class for these gas coupes and sedans due to their popularity.

The gas coupe and sedan classes had to maintain stock wheelbases and engine relocation was limited to a maximum of 10% setback from the centerline of the front spindle to the front spark plug. The increased popularity of these cars boosted crowd attendance at the drag strips throughout Southern California and lead to the “Golden Age” of gassers. We should not forget the color paint schemes with pearl and metal flake and polished chrome parts as a result of all the media and spectator attention. Gassers began to fade out in the 1970’s which then developed into the modern day Funny Car classes.

This event had approximately 60 gassers outside the museum which made quite the impact of brute toughness and all out race. Some cars were current builds made to traditional specs and some were die hard survivors that escaped most of the neglect and rough life of a vintage race car. Two fine examples of vintage were the Jones & Johnson 1955 Chevy with the original small-block 327 and a 1956 Llyod which was stuffed with a ’59 Olds 394 featuring an Edelbrock Ram Log intake manifold and drag slicks.

The “cam father”, Ed Iskenderian was also in attendance along with other gasser geezers for the panel discussion that was held inside the museum amongst the mostly 1930’s Packards and Lincolns. The museum itself has quite a collection of domestic makes dating from 1901 through 1963. What makes this museum different as the name states, is that they actually drive the cars. Every Sunday, a car is taken out of the museum and driven locally in the neighborhood. Visitors can go for a ride but it is encouraged to get your name on a list prior to your arrival.

No gasser rides on this Saturday, but hopefully the ADM will host another event like this next year.

William is a bit of a gear head and hates the terms DIY and man cave...that is for chicks on TV and guys that are hacks. Basically he just fixes stuff himself when he can out of necessity and refusing to pay someone for something he can figure out. An elementary teacher gone rouge and went out on his own working with his hands in his forties. Drives a 65 Ford F-100 daily, has a 68 Galaxie in the garage, and is having a love /hate relationship with his 64 Triumph motorcycle. Loves 60's muscle cars and 20's architecture. Grew up with the Huffy and Toughskins rather than Schwinn and Levis mentality...you are broke, make it work. Strives to bring back all such things into his life and become again that most limited of all specialists, the 'well-rounded man (F. Scott Fitzgerald). Also geeks out on Xena Warrior Princess.